Hello there, Fans, Followers and Friends!

I've been up to some paper crafting goodness.  With the gorgeous products from Graphic 45, your creativity can reach some oxygen lightening levels!  Check out this top hat I made for a future Graphic 45 workshop.

I used a cereal box for the base.  It's really just two circles,  a cylinder, some strips of paper, ink, a lot of double sided tape and glue dots.  Then a drop of paint, glitter and some good ole bling! 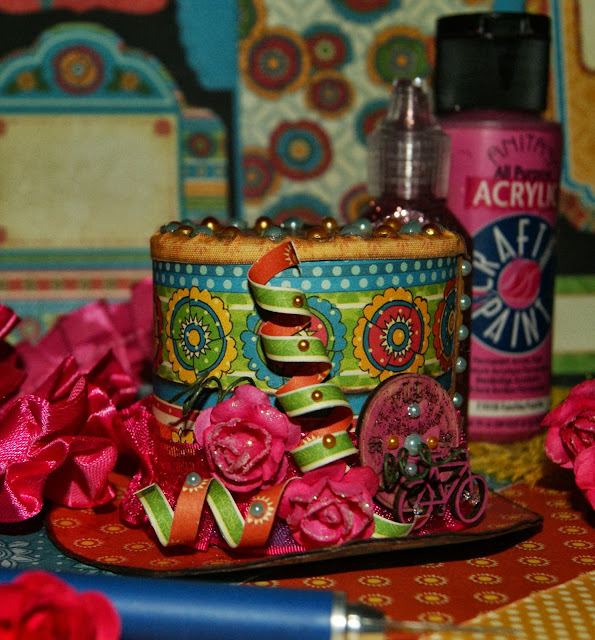 I always keep the green wire on my paper flowers and wrap it around a thin paint brush for this spiral effect.  Cool, eh?  Do the same to get the paper spirals. 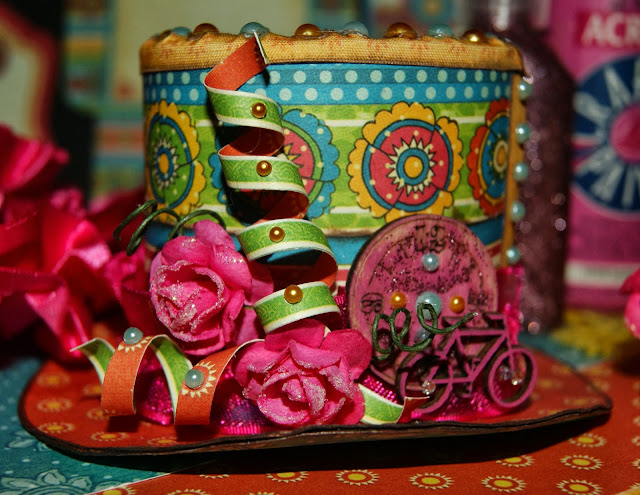 I wanted to keep some goodies around my hat so you can get an idea how small it is as well as see some of the products I used.  It's a collaboration of manufactures like BoBunny, Webster Pages, Graphic 45... 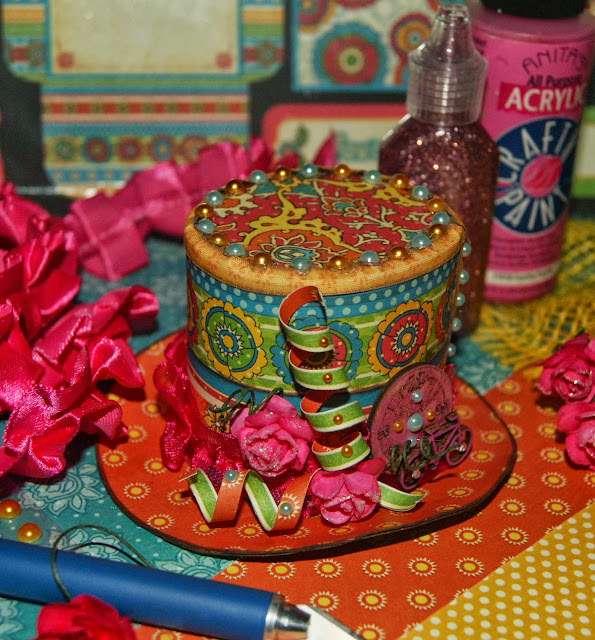 Here is the front view. 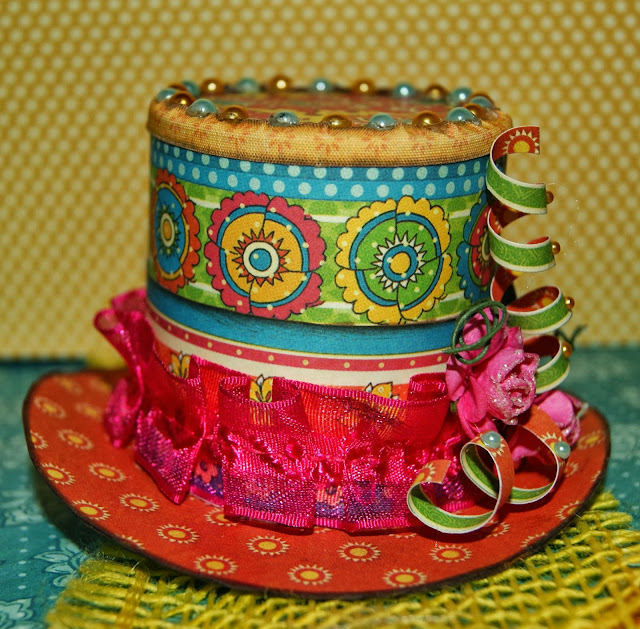 This is a good view of the top and the back.  I covered the seems with fabric tape and added blingy dots for more drama. 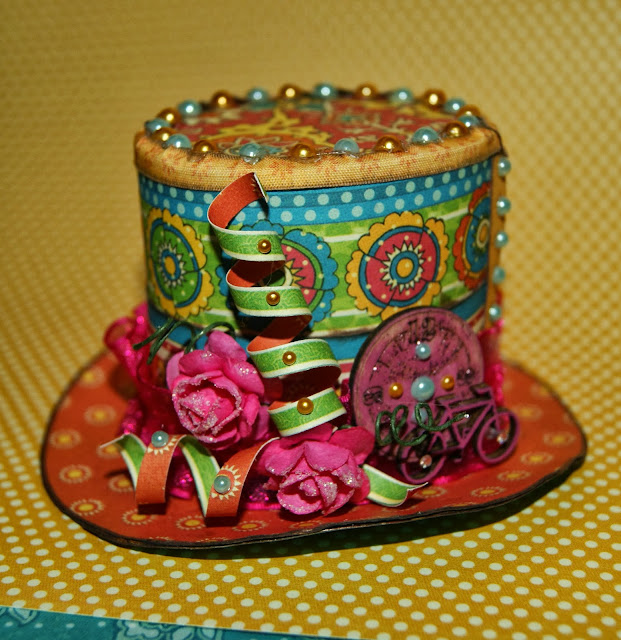 Loving the veneer bike with bling, too.The glitter was already on my flowers, that I bought at a discount store.  I'm pretty sure this paper tape is from Hema.  All of the papers are Graphic 45's Bohemian Bazaar collection.  I'd be more than happy to make a tutorial if anyone was interested.

I put this whole thing together in a couple of hours, while watching TV.  Hehehe...

Thanks for hanging out at The Cherry On Top.  Be sure to make it a habit!
at September 23, 2013 2 comments:
Email ThisBlogThis!Share to TwitterShare to FacebookShare to Pinterest 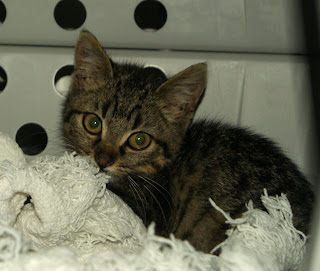 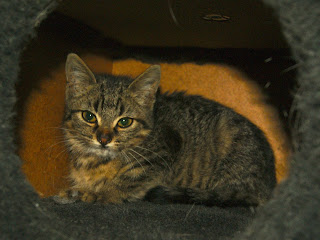 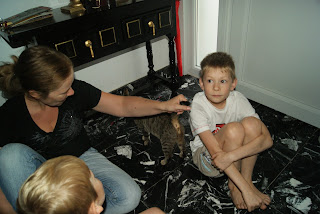 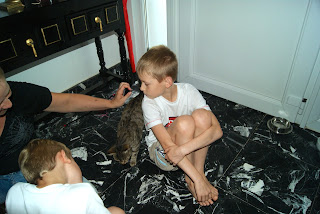 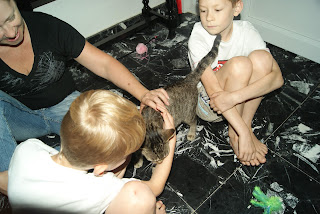 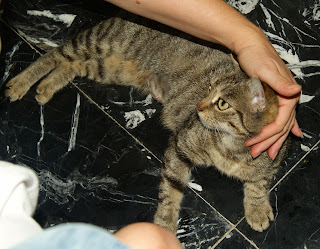 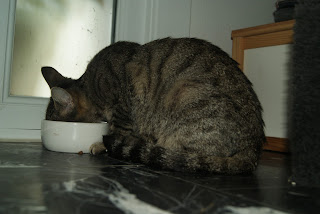 Welcome to The Cherry On Top. We've got another blog packed full of scrappy goodness for you.  I'm super excited about this on... 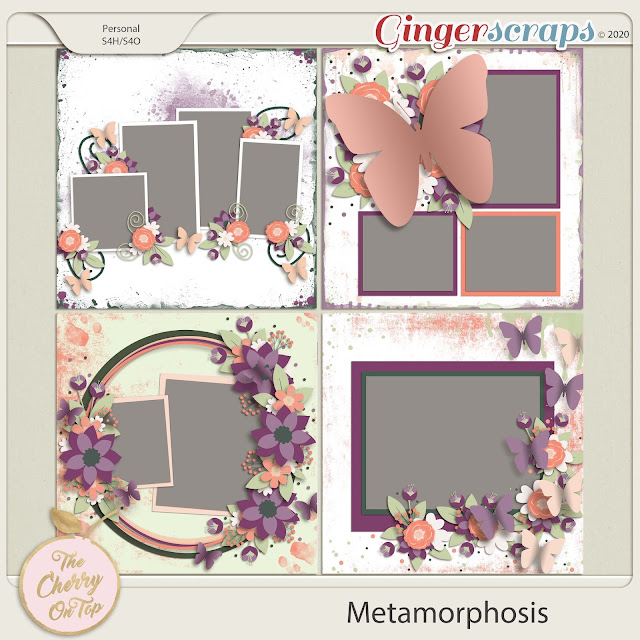 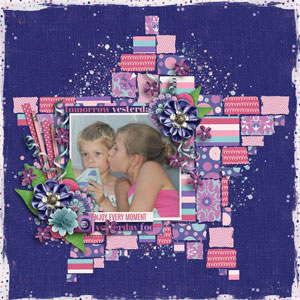 Throwing Some Scraps Around 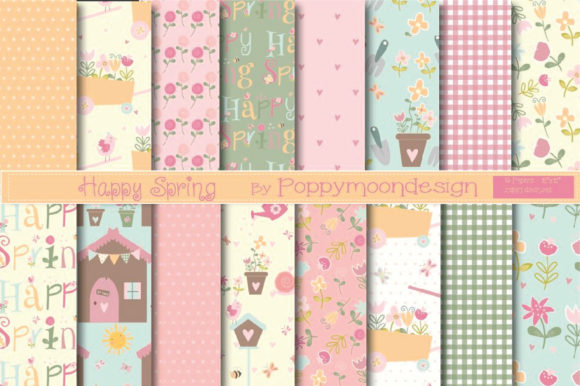