How To Deal With Meltdowns

Welcome to The Cherry On Top.

On Mondays, we share tips and tricks that have worked for our two Autistic boys both in the past and present.  Today, we are looking into the dreaded meltdown.  We'll make sure you know the difference between a tantrum and a meltdown.  (It's also good arsenal to share with others who just think it's all a tantrum.)  We will look at ways to preventing them and diffusing them.

I have to admit, the meltdowns around here have improved tremendously.  Our oldest son doesn't have meltdowns as much as incredibly loud outbursts of anger.  We'll look at those another time.  Our youngest who shows a lot more Autistic symptoms is more prone to meltdowns than his older brother. 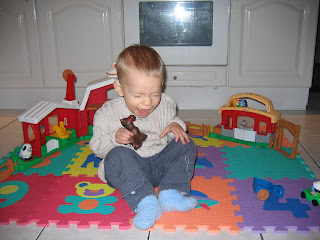 Perhaps, as with your child, friend or loved one with Autism, our JJ didn't show any signs at all of Autism in his first two years.  Compared to his brother, he was a gift.  The perfect baby.  He ate slept, smiled a lot and was just a joy.  Then, BOOM!  It hit like a hurricane.

Meltdowns were a daily occurrence.  Sometimes even more than once a day.  School was definitely a place for the mega meltdowns and still remains to be so.  What helped us most is learning what kinds of things triggers a meltdown.

New environments, loud noises, awful or strong smells, school or sensing the environment is going to change...It's all different for everyone on the spectrum.  Often, you can see it building.  That's what a meltdown looks like to me.  The last drop in the bucket kind of feeling where the emotion is so strong, like a boiling tea pot, it HAS to get out. 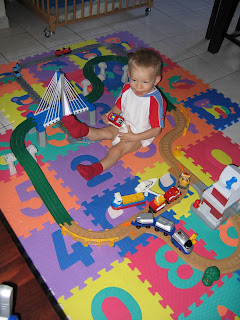 My oldest explained that it's physically painful to feel this way.

When I was in my 20's I had huge rage outbursts.  I might dare to equate that to a meltdown.  I'm glad as I was in a place where I could step outside of myself, see how stupid and ridiculous I looked during these fits and be wise and strong enough to stop them by myself.

This isn't the case for some people on the spectrum.  They need constant help and guidance to learn how to deal with these kinds of emotions.  Social cues by means of glares and shouting do not help at all, but just the opposite. 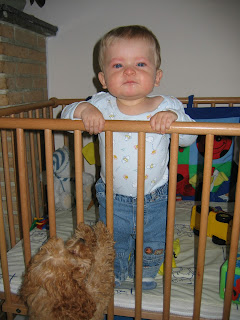 Let's look at the difference between a tantrum and a meltdown.  Tantrums are all about getting the attention from those around them.  In a meltdown, they are not looking around to see the reactions of others.  Control is another issue at hand.  In a tantrum the child has control and in a meltdown, no one does.  Tantrums are ended, in most cases abruptly.  The child gets what they want or is reprimanded and it's over.  A meltdown takes much longer to unwind and it can also be hard to get over physically and mentally for a considerable amount of time. 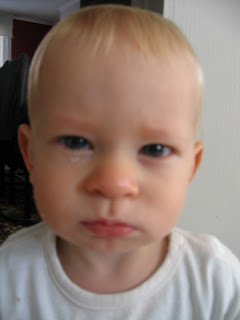 Do not expect the person to be in any way shape or form, sorry for their outburst.  Shame and embarrassment rarely come into play so don't bother trying to make them feel any of those.

For years we didn't go out unless we absolutely had to because the change in environment was so stressful for both of our boys and frankly, for others as well.  This helped with meltdowns.  The best advice I can give is to remove the person from the situation as quickly and stealthy as possible before a full blowout meltdown takes place.  Pay close attention to what triggers this inappropriate and sometimes dangerous behaviour. 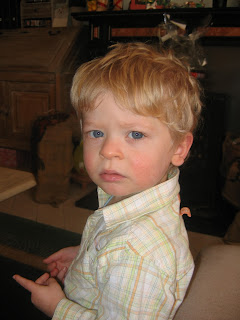 Distraction has worked wonderfully for us and removal, too.  Learning the signs is key.  Don't talk too much and act and react as calm as possible.  This shows them an excellent example, if they are even looking.  In a serious meltdown they more than likely are not able to pay attention to what you are saying or doing so say as little as possible.

If a meltdown is imminent, be sure to make the area safe or move the person to a place where they cannot be hurt or hurt others.  As long as nothing was getting broken and no one getting hurt, I'd just let him scream jump, twist, flap whatever he needed to do until he was physically spent and stopped.  Then I would hold him in my arms or at least get closer to him, physically and let him know that that kind of behaviour isn't tolerated and that we have to do more to prevent it from happening. 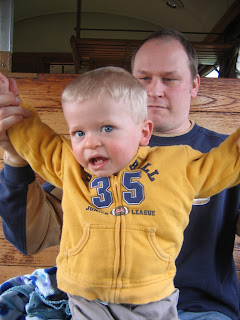 At one point we had a thermometer image where our kids could mark where they felt they were emotionally.  This was great for all of us.  The brother knew, the parents and person himself knew how upset they were getting.

You can print and laminate this one. 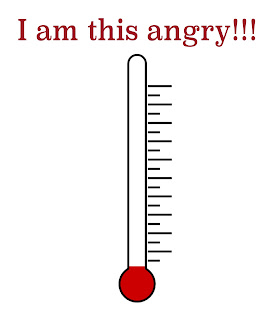 I would bet that many meltdowns happen because the person in charge is just not paying attention to the signs.  Sometimes a person is in the middle of dinner or a report for work and has no idea what's going on at the other end of the house.  We always had our children under our noses in the early years.  It was essential to stop destructive and dangerous behaviour.

To wrap it up:

Learn the difference between a tantrum and a meltdown.

Try to prevent meltdowns before they occur.

Learn the triggers and make the changes necessary.

Keep everyone safe if a meltdown occurs.

Discuss the meltdown when calm and composure is regained.

Meltdowns are dangerous and it's also a sign that there is something going on that is creating a great amount of stress.  Something has to be done about reoccurring meltdowns.  Get help if necessary.

Thanks for taking the time to stop by The Cherry.  We hope we've helped and we wish you the very best.

at February 15, 2016
Email ThisBlogThis!Share to TwitterShare to FacebookShare to Pinterest
Labels: autism, meldown